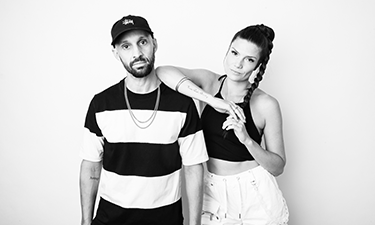 “Infusing hip-hop elements with future house & a smattering of UK-inspired bass, Average Citizens infectious, carefree style is irresistibly danceable.” [DJ Mag]. They have over 25 releases under their belt on labels such as Ghetto Ghetto, UFO Recordz, Westwood X, and Sheppard Records. Alongside several chart-topping releases, they’ve hit #1 twice & frequently receive Banner and Feature support on Beatport. Their music has been placed in several Spotify Editorial Playlists, such as Bangers & Fresh Finds & has been supported by artists like AC Slater & Dr. Fresch. Recently, Average Citizens released a mix with Confession Label and got airtime on Diplo’s Revolution [Sirius XM] & Kiss FM [Bristol]. They’ve spent the past year sharpening their skills in the studio & can’t help but feel like they’re just getting started!

Spend some time with Average Citizens & you’ll quickly learn that they operate out of pure love & integrity. They are the co-founders of the Rise & Shine FamJam Fundraiser, a festival that donates 100% of proceeds to charity. The love & passion Average Citizens have for their craft & for each other is undeniable & transcends everything they do!