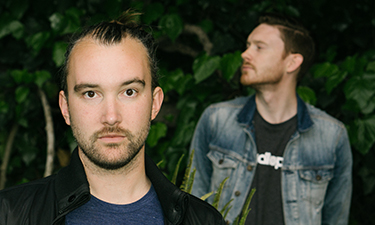 Gordon Huntley & Erick Muise joined forces as Botnek back in 2008 in Halifax, Nova Scotia through a shared love for house music. With a shortage of inspiration in the form of nightclubs and generally an unlikely scene for the quiet seaside Canadian town, Gordon & Erick bonded over Ableton tips, dance music blogs and late night radio shows on BBC Radio 1. Soon after forming a strong friendship through similar musical interests, the project was formed, which led to a string of releases with a number of up & coming fidget & electro house labels. The guys landed a couple of key remix opportunities from this early buzz around the project from names including Crookers, AC Slater, Felix Cartal & Jack Beats. In this first chapter of their careers, the duo toured first in Europe and Asia, in clubs such as Fabric, Sub Club, and Bootshaus.

It wasn’t much longer until Dim Mak Records & Steve Aoki were interested in signing the project to the label. From the signing to Dim Mak came a number of singles & EPs, tours in America, and their viral edit of Martin Garrix’s hit “Animals”. The duo gained far more attention from this than ever expected, and started the next chapter in their career. Shifting styles into more main stage ready Electro House and Big Room, the duo began touring internationally. More singles for Dim Mak followed, along with another viral remix. This time for The Chainsmokers’ “#SELFIE”, which really put Botnek on the map. Collaborations with Zedd, 3lau, Loudpvck & Snails soon followed as well as an even heavier touring schedule. Since then, Botnek has toured the globe in almost every continent, have played on some of the biggest festival stages in the world including Tomorrowland, Ultra Music Festival, Coachella, Electric Daisy Carnival & more, and have done a Las Vegas residency with Steve Aoki.

Almost a decade later, in the summer of 2017, the Botnek boys reached a major turning point. The once dance music class clowns felt an urge to evolve their sound; to shift the project away from the festival Big Room sound, and back to the roots of the project. After years of touring, both Gordon & Erick realized they had almost subconsciously stopped creating the kind of music that had originally fueled the formation of Botnek in the first place, all those years ago in Halifax. It was time for the next chapter in their careers and they decided to take a leap. They released a song called “Don’t Need U” on their own independent label imprint World Famous Headquarters. The track had the quirky house sound they bonded over when they first met and shared such a deep love for. From there, the duo has released a number of tracks in this musical vein, each one a deeper dive back into the diverse & ever-expanding world of house music.

In 2018, Botnek decided to take things a step further with this World Famous Headquarters imprint by launching a monthly radioshow. They launched World Famous Radio in partnership with SiriusXM’s Insomniac Radio, as a sort of homage to the radio shows they first loved on BBC Radio 1. After fully realizing the amount of talent existing amongst their peers and the next generation of young producers, the guys opened up the doors of the World Famous Headquarters label to outside artists for the first time in the fall of 2018. The label’s sound will consist of Botnek’s filter of wacky house music inspired by those early fidget & electro house days Gordon & Erick are still so inspired by today.