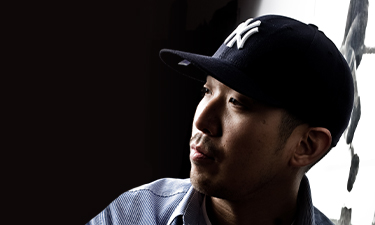 DJ Crooked is one of the premier open format DJs in Las Vegas who’s spun in every major club in the US like Encore Beach Club, XS Nightclub, LIV in Miami, Marquee in New York, and Highlight Room in Hollywood. Born in Honolulu, HI and raised in New York City, Crooked has always been a jack of all trades, learning to DJ at age 11, producing rap groups in the East Harlem at age 16, and earning a merit scholarship in Fine Arts and Film at the School Of The Art Institute of Chicago at age 18. Known for his high energy sets and stellar mic work, Crooked paid his dues during the early 2000s in the New York club scene spinning at legendary venues like Lotus, Show, PM, Cain, and Pangaea. He moved to Las Vegas in 2005 where he held residencies at mega-clubs like Jet, Light, Tao, Lavo, Wet Republic, Day Light, Drai’s, Hakkasan, Jewel, Omnia, and many more. For the past 15 years, Crooked has also been juggling clothing design, marketing with his brand @KNYEW aka “Keeping NY Everywhere” which has been written up by WWD, Hypebest, and GQ Magazine. He’s also launched the first DJ podcast in 2017 called “Reflections Of A DJ” aka the @RoadPodcast which was voted “Best Podcast of 2021” by Las Vegas Weekly Magazine. Crooked continues to innovate and shape the culture in multiple mediums from music to fashion and has no intention of stopping.