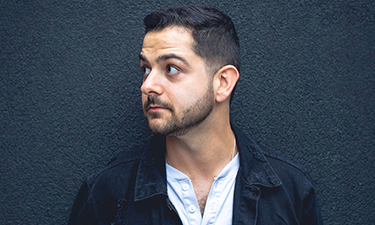 Boasting support from Martin Garrix, Tiesto, Avicii, The Chainsmokers, Showtek, Knife Party, David Guetta, and many more, Ray Decker better known as “Kastra” has made quite a name for himself in a few short years. Born and raised on the Jersey Shore, a community deeply rooted in music history, Ray is a true product of his environment.

Kastra has released various singles and remixes on some of the dance music industries top labels including Armada Music, Ministry of Sound, Ultra Records, Enhanced Music, Dim Mak, Onelove, and Panda Funk. Among these released were some major collaborations with artists such as Grammy award winner Fatman Scoop and DJ Mag #13 artist Timmy Trumpet. His record with Timmy Trumpet “Wassup” has racked up over 9 million Spotify plays in its first 10 months and has been topping that charts on numerous radio stations around the world. Later that year Kastra released “U & Me” with twoDB which was selected by BPM on Sirius XM as a BPM Breaker. He has done official remixes for Showtek, 3LAU, Justin Caruso, Madison Mars, Sultan + Shepard, and many more. Kastra has toured all over the US and is poised to take his show international.

In a short amount of time, he’s gained the support for his free and official releases from EDM’s top blogs including Dancing Astronaut, This Song is Sick, Fresh New Track, Your EDM, and many more noting him as “one of the most underrated house producers out at the moment”.