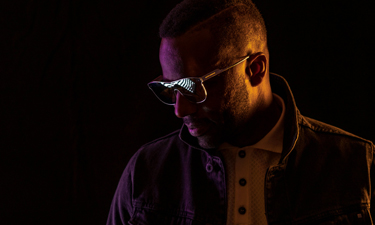 Giving you the best in EDM, Lavelle Dupree brings a contagious energy to the dance floor.

Voted San Diego’s best EDM DJ, Lavelle Dupree has been blowing up dance floors for over 25 years. Inspired by the legendary Donald Glaude, Lavelle has developed a deep appreciation and love for his craft. A self-taught DJ, Lavelle’s musical talents have grown into powerhouse performances that have lit up the main stages in major venues around the globe.

Lavelle’s number one goal is to get everyone in the room energized and excited with his music. Regarding his music choice, “If the record is blessed, I’ll play it,” Lavelle says. His distinct ear for matching the perfect combination of songs and beats keeps the crowd entertained and begging him for more. The love for his music and audience can be exhibited in his crowd interaction and body language during his performances. You will see Lavelle with both hands in the air, dancing behind the decks, and telling the crowd to make some noise!

On top of his individual achievements, Lavelle teamed up with DJ Scooter to bring audiences an explosive performance combining Lavelle’s banging progressive mixes and Scooter’s hip hop loops and turntable skills. Together on two DJ setups, Scooter and Lavelle have rocked venues and crowds all across the globe and at notable music events such as Coachella, Winter Music Conference, and Sundance Film Festival.

Lavelle continues to bring charisma and energy to every set he plays whether solo or with Scooter and Lavelle. In a nutshell, Lavelle’s performances are a body-moving experience not to be missed.