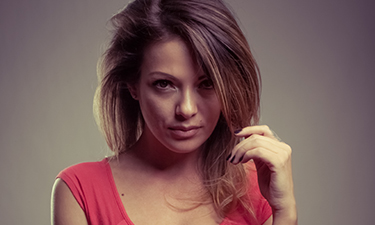 Viviana Toscanini is a South American native whose musical roots run deep in the family tree. Born in beautiful Uruguay, Viviana has had music in her blood since a young girl. A father who is a singer and songwriter, brothers who are percussionists and play the guitar, it was only fitting that when she moved to the United States, she would find love for house music.

Now a resident of New York, Viviana Toscanini is quickly making a name for herself in the DJ world. Viviana has played noticeable venues in big cities such as New York, Connecticut, New Jersey, Florida and more. She has held a weekly residency at one of New York’s premier outdoor house music parties, Vibe Sundays, in New Windsor, NY.

In addition, she has also taken her talents to Mexico, Colombia and Canada. With her captivating bass lines, energetic rhythm and a tribal sound derived from her South American heritage, Viviana has a unique style that can’t be duplicated. Bringing passion and energy into each set, Viviana is quickly becoming one of New York’s favorite DJs.

When you ask Viviana what her favorite part of being a DJ is, you will get one answer: “I love music and love the interaction with my fans on the dance floors wherever I play.”